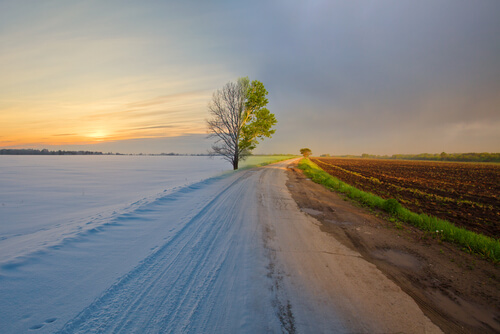 Random nose bleeds are very common and anyone can go through this experience at least once in their life. These are not supposed to cause any alarm, they normally have harmless causes. It would be problematic if you start getting frequent nosebleeds. This will urgently need the doctor’s attention.

According to Joseph Parambil, M.D, a Pulmonary Medicine Specialist at Cleveland Clinic, people with hereditary hemorrhagic telangiectasia (HHT) have abnormal blood vessels. These abnormal blood vessels allow the frequent flow of blood out of the body through the nose. This is a very rare condition and it is very hard to detect in its early stages. However, persistent problems should not be neglected or rejected as normal. Seeing a doctor could prove helpful in identifying any underlying problems.

Besides the rarity of this condition, common nosebleed causes include nose injury, nose inflammation, or distortions. Sometimes having these conditions can be frightening as something would seem wrong, but it is very common.
To allay your anxiety, here are 10 weird causes for a sudden nosebleed.

Cold weather is the main culprit that triggers nosebleeds. The potential for the problem becomes worse during dry weather. In the US, the period between December and March can be referred to as the ‘nosebleed period’. This is because the air would be cold and dry during this time of the year.

When it is cold outside, most people turn on their heating systems, this makes it even worse for the nose. The change in air quality is the main culprit. Professor Erich Voigt, M.D, who is a clinical associate in the Department of Otolaryngology, stated that the cold weather and home heating systems promote the development of cracks in nose membranes.

When these membrane cracks are irritated, nosebleeds start. According to the professor, the blood vessels in the nose help to keep the surroundings moist and filter the air inhaled. Cold and dry weather irritate the blood vessels thereby making them bleed. 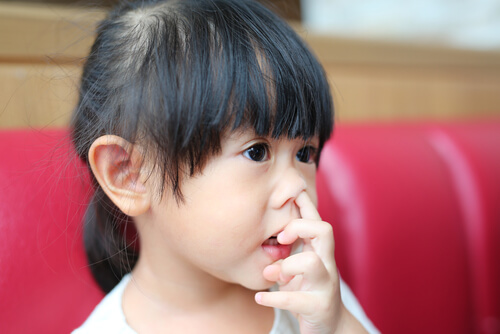 Another weird cause that can get your nose bleeding is the scratching and picking of the olfactory organ. Picking your nose increases the chances of cutting the inside or upsetting nose blood vessels. Even though the scratching and picking of the nose are most common amongst children, it is also extremely common amongst adults.

No one can just start scratching or picking their nose without any underlying reasons. The immediate causes include nasal irritation simply when blowing or removing mucus residues. Either way, the nose membrane may get irritated or you may injure yourself during the process.

The blood then gushes out of the affected area as a nosebleed. There is no reason to be alarmed if this happens because the cause of bleeding would not be harmful. However, if the bleeding continues for a long time or the color of the nosebleed is strange, immediately consult your doctor. This is because the blood for nosebleed is usually just a few drops or a stain. 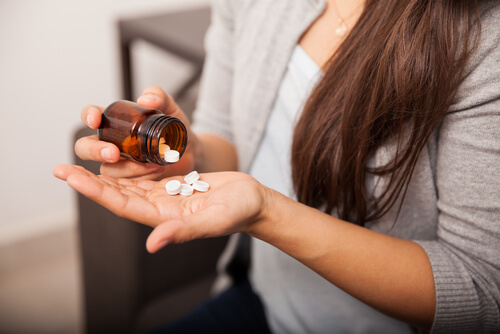 Blood-thinning medications like aspirin and NSAIDs can also be the cause of your nosebleed. Most people take these pills for pain, but they sometimes make blood clotting difficult. Blood clotting is very essential is stopping any kind of bleeding caused by cuts. It is also needed for stopping nosebleeds. However, if you are on medication like aspirin it will be hard to prevent or stop this problem.

Most people who are affected by blood-thinning medications are those taking them for the long term. For example, heart condition patients are put on blood-thinning medication in order to prevent the building up of blood clots. This is because clots can cause a stroke or heart attack. However, these anticoagulant medications can trigger nosebleeds and also make it difficult for the blood to clot in the process. If this happens, people may find themselves bleeding through the nose non-stop. 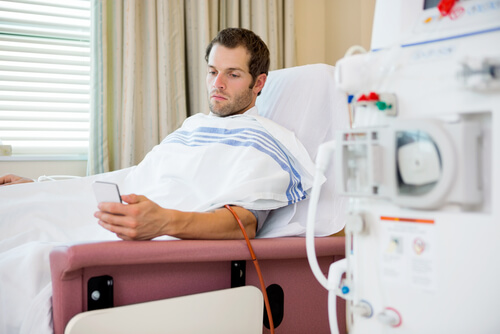 If you have chronic health conditions you will sometimes get sudden nasal bloodletting. These illnesses include kidney and liver diseases. Also, consuming alcohol can also stimulate nosebleeds. Most of the time, medications for these conditions make it hard for the blood to clot, thereby resulting in exacerbating the olfactory organ bleeding.

Other conditions that can cause sudden bleeding through the nose are heart conditions. This is, especially true for those with hypertension. When their blood pressure rapidly increases, their noses may start to bleed. According to the American Heart Association (AHA) hypertension patients also start to experience severe headaches and difficulties in breathing.

If you have chronic conditions and your nose starts to bleed, it is recommended that you visit your doctor immediately. This is because the bleeding may not be the common or the random one as people expect them to be. It could be a life-threatening issue that needs the attention of a specialist. 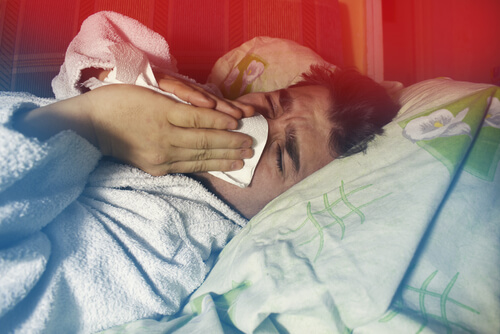 Sinus infections are the major causes of nosebleeds, especially during the cold season. If the mind senses that there is an infection in the body, it starts to release histamine. This is a chemical that causes the dilation of blood vessels in order for the immune system to effectively fight the foreign agents causing the infection.

In cases where the infection is in the nose, they become congested and inflamed. Congestion will involuntarily make you blow your nose all the time. This way, the nose lining gets irritated and prone to nosebleed.

Professor Voigt further states that if a person blows their nose, they will be applying too much pressure on the inside nose membrane. That pressure can sometimes push the blood through the small cracks or vessels out of the nose. This may appear as nosebleed, but it would just be blood traces from the irritated blood vessels. 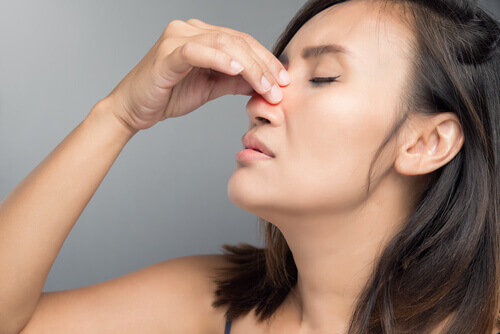 Even though rare, this is one of the weirdest causes of sudden nosebleed. The bone that divides the left and the right nostrils are called the nasal septum. If it happens that this bone has shifted to one side, probably due to injuries, the other side would be left wide open. This will allow excess airflow through that part, which can be a problem.

The exposed side can become dry and start bleeding. Also, a person starts to have severe headaches which can worsen the nosebleeds. Someone may ask what causes the nasal septum to shift from its original position.

Besides injuries, this can be caused by allowing foreign substances through the nasal passage. These include the use of illicit drugs, in particular, cocaine. Abuse of cocaine affects nose tissues, the septum surfaces get eroded and are likely to start bleeding if touched. This problem can only be fixed through surgery. 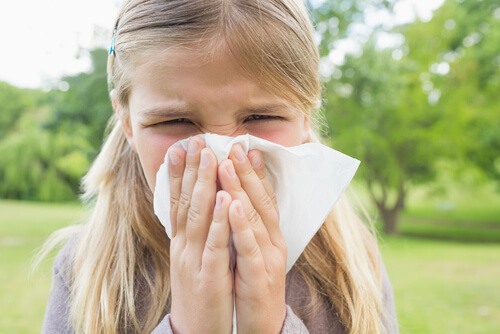 Being hypersensitive to the surroundings can increase your chances of getting a nosebleed. If this doesn’t happen all the time, it definitely happens seasonally. Some people are too sensitive to certain environments to an extent that they are always in their own space, which is allergy-free. Allergies vary, some react to dust particles, others to animal fur, whilst others don’t want to be near blooming flowers and trees.

Too much exposure to these allergy triggers results in experiencing nasal bleeds.
Just like cold symptoms, allergies also result in congestion, irritation, and eventually bloody nose. The body reacts to allergens the same way it reacts to infections.

If you get irritated, the body produces histamine with the aim of protecting the body. If this happens, nasal tissues get inflamed and nose congested and runny. Inflamed blood vessels are prone to bleeding since they would be irritated. 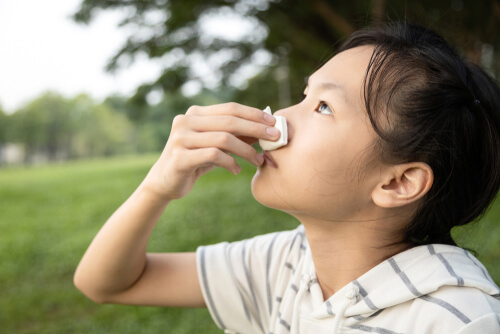 This is one of the very rare causes of a nosebleed, but it cannot be dismissed. According to Professor Voigt, there are a lot of bleeding disorders that are most likely to cause nosebleeds. One of the disorders is hemophilia. This disorder is associated with the inability of the blood to clot.

Basically, the body won’t be having sufficient platelets to stimulate the clotting of the blood. This disorder has the same effects as using blood-thinning medicine, they reduce the blood’s ability to thicken.

However, this is a rare condition and if you experience frequent nosebleeds, it would possibly mean something different and not too serious. The reason why this disorder is easily ruled out is that most of the time people who nosebleed don’t have any other symptoms other than bleeding through the nose. Those with bleeding disorders will not only experience nosebleeds but also be easily bruised and delayed healing of cuts. 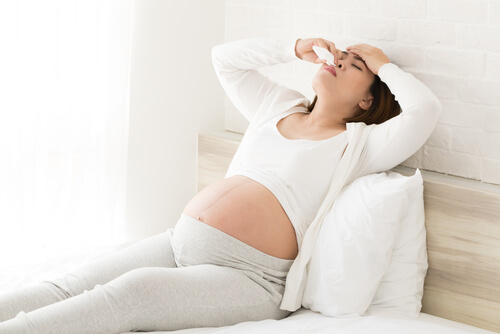 Hereditary conditions also play a role in getting unexpected nosebleeds. This disorder is known to promote the growth of abnormal vessels in the body. This also applies to the nose blood vessels. According to the Cleveland Clinic, Pulmonary Medicine specialists, people with hereditary hemorrhagic telangiectasia (HHT) have abnormal blood vessels. These abnormal blood vessels allow the frequent flow of blood out of the body, especially, through the nose.

This is a very rare condition and it is hard to detect it in its early stages. It is, therefore, important that you visit your doctor if you experience frequent nosebleeds. This would be done to rule out any serious conditions that may the root causes of your excessive bleeding. If it happens that you get diagnosed with this disorder, you will be put under specific treatment and you will be monitored closely to see if there are any changes. 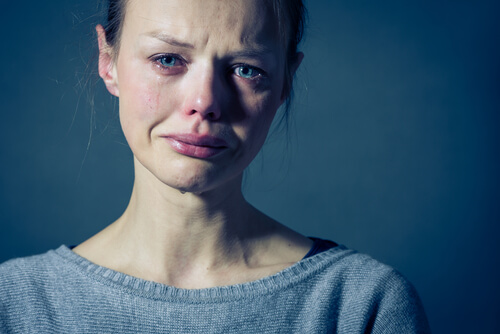 Too much anxiety can also trigger nosebleeds. Even though they are mostly caused by environmental factors like weather (too hot or cold) or allergic reactions to surroundings (fur, dust, pollen), they are also caused by physical and emotional factors. Anxiety also triggers nosebleeds. If a person is exposed to stressors like unfamiliar environments, violated, or involved in accidents, they are likely to have anxiety attacks.

If this happens, their blood pressure rises rapidly, making the nasal bleeding heavier and difficult to control. Research shows that when people are having anxiety attacks and start bleeding at the same time, their nasal septum would have been damaged, very dry, or in other cases weakened by nasal sprays, and or drug use. At this stage, the only way to stop the bleeding would be to calm down. Another way to avoid excessive nosebleed because of anxiety is to do exercises that help to control anxiety.