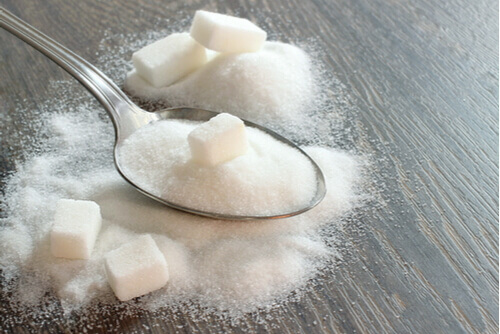 Sugar is everywhere. It is in our drinks, it is in our sweets and desserts and it is in a host of other foods – even things like fruits that are meant to be good for us!

And sugar is delicious. It is sweet, comforting, and packed with energy. After a long, hard day, a little sugar can help to pick us up and make us feel better. Not only that but getting sugar from bread and other carbs can give us the energy to keep going and to not tire out. It prevents fatigue and headaches and many of us have adapted to be highly dependent on it.

To bad then that sugar is also very bad for us and is in fact responsible for a ton of negative health effects.

Did you know that sugar is highly addictive and can actually encourage other addictive behavior? I’m sure you’re aware of how bad it can be for our teeth (due to the fact that it fuels the bacteria that cause plaque). And you probably know that sugar spikes your insulin and can lead to poor insulin sensitivity and eventually diabetes…

So what do you do? The answer might just be to switch to a sugar alternative. There are plenty of substitutes out there and some of them are actually packed with health benefits. Others aren’t so good… so let’s dive in and see which are the best for you and which you should avoid!

Sucrose is actually a form of sugar, specifically, it is the ‘table sugar’ kind that you find in most of your food or that you might have been added. If you find sucrose for sale, don’t be fooled! This is just plain old sugar. But it’s good to understand the different kinds so that you are at least aware of this.

The problem with sucrose is of course that it is completely free from nutritional value and is also the kind of sugar that gets most rapidly absorbed into the bloodstream. That means it’s also the kind that will cause a flood of insulin and trigger lots of fat storage and a feeling of lethargy straight after. 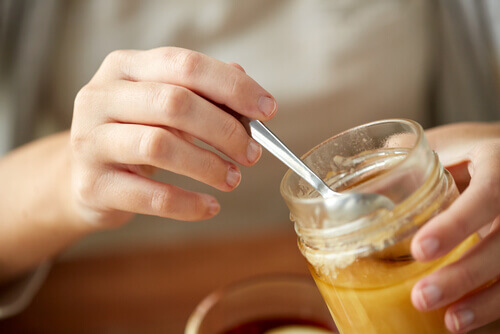 Honey contains sugar, or more precisely it contains fructose and sucrose. However, this is a considerably healthier form of sugar than the white or brown sugar you currently spoon into your tea and coffee.

Honey comes with a ton of beneficial nutrients and this means you at least won’t be consuming ‘empty calories’. Honey is also a fantastic form of energy that can help you to feel good all day, thanks to the inclusion of both sucrose and fructose. On top of all that, honey is thought by many to be a very potent sleeping aid!

It’s only slightly better then as it does contain sucrose, but if you add honey instead, you’ll at least get some positives too! 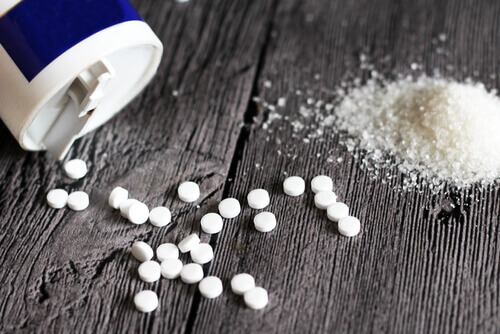 This is one of the early artificial sweeteners, first introduced in 1988. No serious problems have been noted during this time, meaning that you can be sure at least that it’s not going to do anything seriously bad to your system! But that said, there also haven’t been that many studies conducted. In fact, in 1996, the Center for Science in the Public Interest (CSPI) suggested that more studies need to be conducted.

It’s also true that acesulfame is nonnutritive, meaning you won’t get any benefits from it. It’s just a calorie-free alternative. 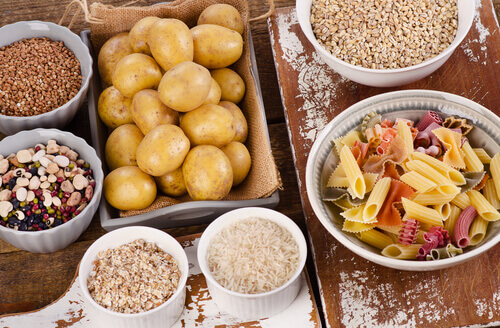 Of course, the number one reason we crave carbs is that our blood sugar is low, and our bodies want us to replenish it. Thus, we turn to simple carbs like chocolate and cake for a quick fix and to boost our energy levels. The solution? To make sure you aren’t trying to eliminate carbs from your diet, but rather think about the kind of carbs you are eating and thus manage your sugar levels better.

For instance, then, one way to stop yourself having cravings is to eat a healthy breakfast of complex carbs which will release sugar more steadily throughout the day. Do this and you will have a more constant supply of blood sugar so that you don’t get the urge to get an instant hit. This way you’re still getting sugar, but you’re replacing the need to add spoonfuls to everything you eat! 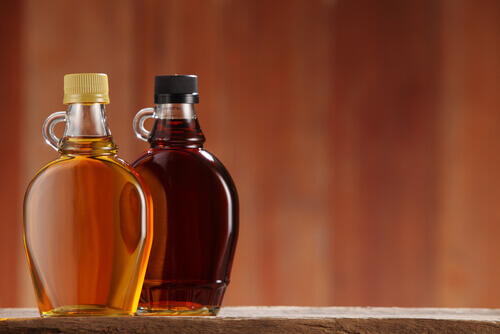 Agave nectar is produced by the agave cactus. It has a taste and a consistency that is similar to honey but doesn’t have quite the nutritional value (not as many antioxidants). The good news is that it is actually sweeter tasting than sugar and contains more fructose than table sugar!

That means that it is less likely to spike the blood sugar but some studies suggest it might risk reducing the metabolism and causing insulin sensitivity.

If you decide to go ahead anyway, the aim is to use very small amounts only to get the same benefits! 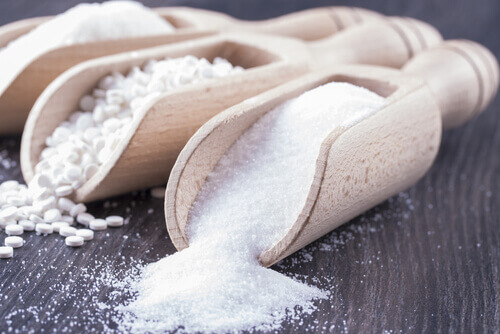 Aspartame is an artificial sweetener that has been extensively studied. This is good news to start with!

Ever since aspartame was approved by the FDA in 1981, it has been accused of causing everything from cancer to weight gain. The studies have failed to back this up, though the CSPI gives it the lowest rating of all these food additives.

It’s generally safer to avoid this one until it is proven innocent! 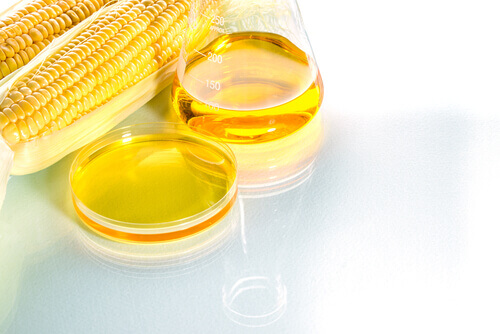 This is another controversial sweetener which is created by the fructose and glucose that is created from processed corn syrup. The big appeal for many is that this is a very cheap product -cheaper than sucrose even – and it gives products longer shelf life.

As such, this additive is a favorite among food manufacturers but shouldn’t be a favorite among consumers. Several studies have found a link between HFCS and obesity, though others suggest it’s no worse. It’s certainly not better though, so it’s another to avoid. 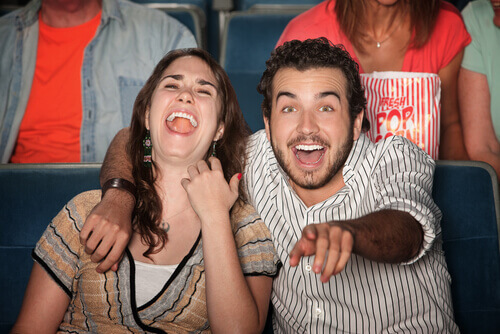 I want you to get used to the idea that substituting sugar is a lifestyle choice, not just a food one!

Sugar is so addictive not only because of the taste but also because of how it makes you feel. It releases serotonin and makes you feel good. If you’re depressed and sad then, you need a substitute way to cheer up.

If you are very upset or stressed then this too can cause us to feel tired and drained which again makes us turn to carbs for comfort. At the same time, you might also eat to get that dopamine rush that makes us feel better and some psychologists even suggest we sometimes over-eat as a ‘substitute for love’.

If you suspect your psychology is making it harder for you to pack in the carbs, then you should look into using a funny movie, or time with friends, to remove the need for sugar! 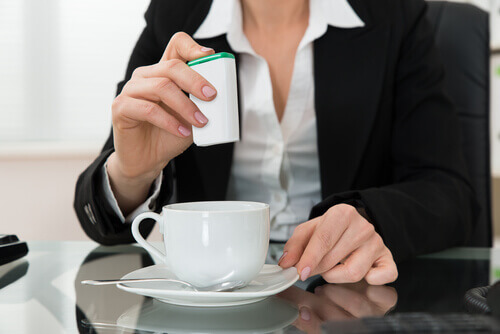 This is a product that is found in a number of drinks, dairy products, frozen desserts, juices, puddings, and more. It’s also one of the newest artificial sweeteners, having been given the go-ahead in 2002.

This substance is an incredible 7,000-13,000 times sweeter than table sugar. It comes from the same company that makes aspartame. Again, this isn’t a healthy substitute, just one to be aware of. 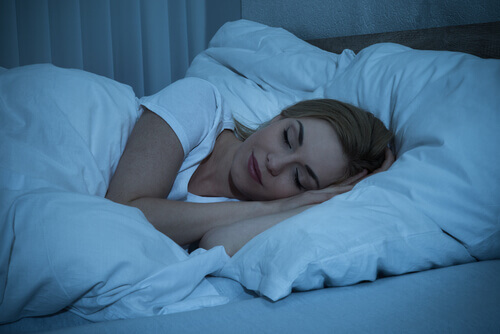 When we are generally tired our body will look to increase energy levels and one way it can do this is by getting sugar. This is why we crave ‘comfort foods’ which are generally anything soft and sweet.

If you are constantly worn out then this will cause you to want more sugary snacks so you need to try and avoid a lifestyle that makes you this tired by getting more quality sleep and by giving yourself the occasional break from the constant rush and grind of modern life.