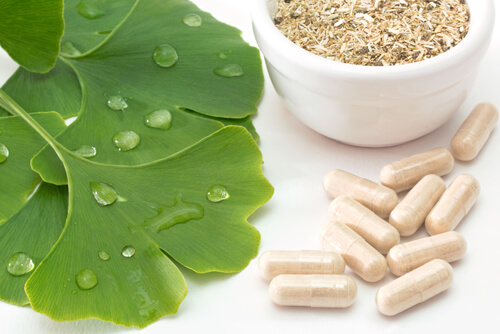 For those with thick and sticky blood, there is a variety of natural blood thinners that may be able to improve the viscosity of the blood and in turn improve overall body health.

Some of these herbs, fruits, spices, and other foods have been used for centuries all over the world as a remedy for all kinds of health issues, and some are still to this day being researched to pinpoint the benefits and any related drawbacks.

When considering which natural remedies will be appropriate for you, it is highly recommended that you talk to your doctor or specialist before combining them with your prescription anticoagulant medication, or aspirin, if you are currently taking any.

When some supplements are used in combination with anticoagulant medications it can cause your blood to become too thin, which can hinder the body’s ability to clot in the event that you are physically injured.

An extract made from leaves of a ginkgo tree has been shown to increase blood flow to the brain and provide a slight benefit to memory. It has been used for centuries as a remedy for many kinds of medical problems, and some recent studies show that it can help prevent or slow down the advancement of symptoms related to dementia or Alzheimer’s.

There have also been studies that show ginkgo can relieve pain caused by partially blocked arteries in the legs, along with various other issues associated with poor circulation. The only way to safely consume ginkgo is an extract from the leaves, as the seeds and the raw leaves themselves are harmful to the human body and can even be fatal. It is also important to remember that just because it’s a natural remedy, it can still cause problems when taken in too high of a dose or when taken along with certain medications. 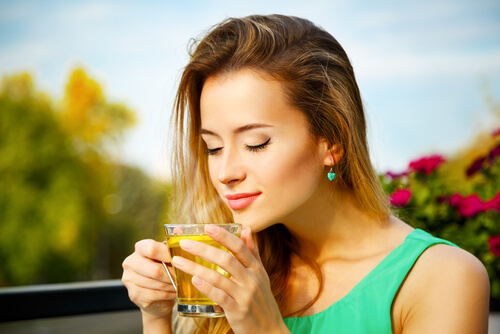 First of all, in the case of green tea (also commonly known as Chinese tea), it is important to note that there is a big difference between brewing and then drinking tea made from the leaves of Camellia Sinensis as opposed to consuming an extract prepared from the dried leaves.

In the case of an extract, it is known to have high levels of Vitamin K which can interfere with and even work against the effects of some blood-thinning medications. Even when not on any medications, too much Vitamin K is not a good thing. 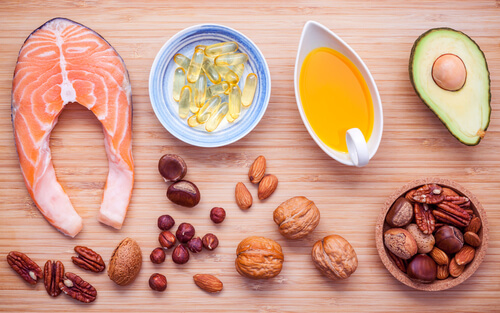 Whether you eat fatty fish as a food source or take supplements containing fish oil, it will provide blood-thinning benefits when taken at the recommended dosage. In the case of food, the good kind of fatty fish that you should be looking for include sardines, tuna, mackerel, salmon, herring, lake trout, anchovies, and others. According to the American Heart Association, you should aim for about two meals per week – about 3.5 oz after cooking of fatty fish – in order to receive the desired result.

For those who simply do not like the taste of fish and would rather not eat it as a meal, there are many supplements available containing the necessary omega-3 fatty acids. However, fish oil should not be used by people who are currently on any kind of blood-thinning medication. It could cause serious complications if injured, and other rare cases which could lead to bleeding in the brain. 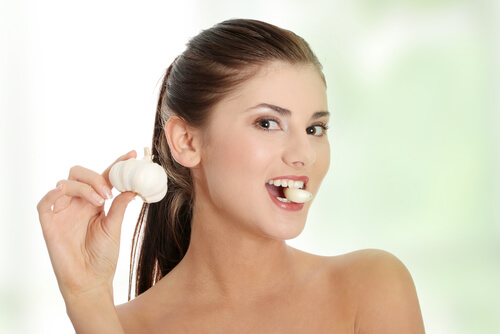 It was once almost universally believed that garlic provided natural blood-thinning effects to those who consumed it, but more recently there have been studies that cast some doubt on this claim or conclude that there is still not enough evidence as to the efficacy.

However, it is true that some studies have shown that garlic slows down platelet aggregation, which is one of the first signs that a blood clot is forming, even though the effect is only moderate at best. Garlic has also been shown to interfere with some non-natural blood-thinning medications. It’s best to talk to your doctor before combining supplements with any medication though.

So, don’t throw away all of your garlic just yet, but don’t rely on it as your sole remedy either because more research is required to prove just how effective it really is as an anticoagulant. And remember that garlic does have many other health benefits such as lowering blood cholesterol levels and so on. 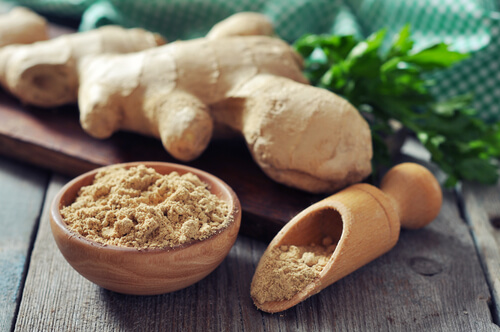 Ginger is another ancient remedy that has proven to be effective in helping alleviate the symptoms of many medical conditions or prevent the occurrence altogether. For example, its blood-thinning properties are taken advantage of to aid in the prevention of heart-related issues, even heart attacks, as well as strokes.

The naturally occurring chemical at work here is appropriately named Gingerol, and this is what provides ginger with its ability to at least partially prevent platelets in the blood from clumping together too much. Various studies have also shown that ginger hinders the production of cholesterol within the liver.

To get the most benefit from it, ginger is usually taken as a herbal supplement at an appropriate dose that your doctor can help you set. In most cases, this will mean you should stop taking prescription anticoagulants but again it is important to consult a professional before stopping or starting any course of treatment. 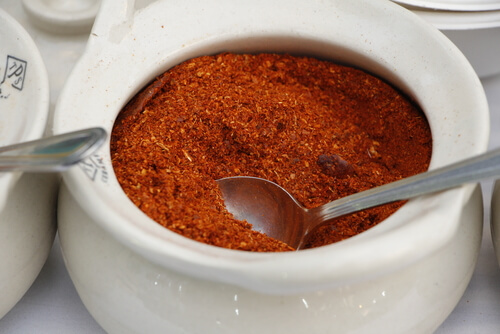 This is often seen as a spice of red or brownish color and is very popular in many parts of the world as a flavoring for food. Cayenne pepper is quite hot, both in its natural fruit form and as a spice. Due to this reason, it is most often eaten in very small quantities. So, even though it contains a high amount of various vitamins and other beneficial components it has very little effect when consumed in the regular amount you would commonly find in food.

Cayenne pepper can provide a natural alternative to blood-thinning prescription medications, but it is important to talk with your doctor before changing any of your habits. And, as mentioned above, any benefits from cayenne pepper will most likely only be seen when taking it in the form of a supplement. This will also eliminate most or all of the spicy heat you would get from either the dried powder or fresh fruit of the plant. 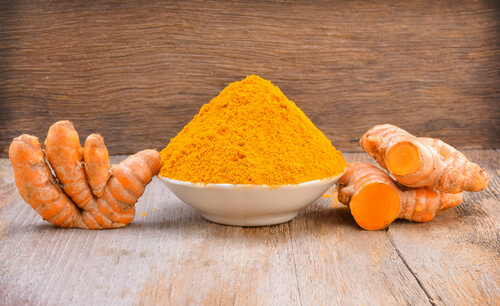 The component in turmeric with the most benefits to your health is called Curcumin. It has been shown to have anti-inflammatory, antioxidant, and anticoagulant properties – the latter being the one sought after for those in need of blood-thinning agents because it slows down the formation of blood clots. For this reason, as with every other natural remedy, it is important that you don’t mix together too many anticoagulants. Eating curry for dinner every now and then should not interfere with blood-thinning medication in most people, but a doctor should be consulted before using it in supplement form. 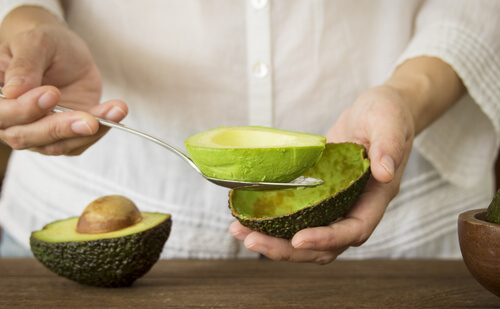 As with fish oils and fatty fish itself, avocado contains omega-3 fatty acids – these have been proven to hinder platelet aggregation and help to prevent blood clots from forming. Avocados also contain salicylate which plays a similar role in attempting to prevent the formation of blood clots.

However, avocados can be quite expensive in many parts of the world, and in any case, it would be difficult to eat enough to provide a substantial benefit without the use of a supplement for those who are already suffering from blood-related medical issues. For those who are not yet experiencing any issues with blood clots and simply wish to remain healthy in the future, eating a whole avocado every couple of days could be beneficial.

Avocado oil supplements are available in many specialty stores and even some supermarkets, but as with anything else mentioned here, it is very important to ask your doctor before you begin any treatments that will thin your blood. 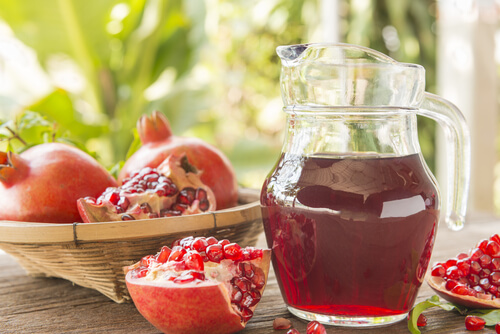 Pomegranate and the juice made from it contain high levels of antioxidants of the polyphenol type – it’s actually higher than many other products such as green tea and red wine. These antioxidants help those with blood-related issues by hindering the process of cholesterol being converted into plaque. As opposed to some of the other natural remedies mentioned here, pomegranate juice has a nicer taste and does not need to be broken down into a powder or otherwise made into a supplement.

However, due to the Vitamin K content in pomegranates, you should be cautious of consuming too much of it, particularly if you are on some types of prescription anticoagulant medications. For example, a 13 fl oz bottle of pomegranate juice is about half of the recommended daily intake for most people, which leaves the other half to be consumed by other means. As always with this type of remedy, you should consult a doctor before you begin. 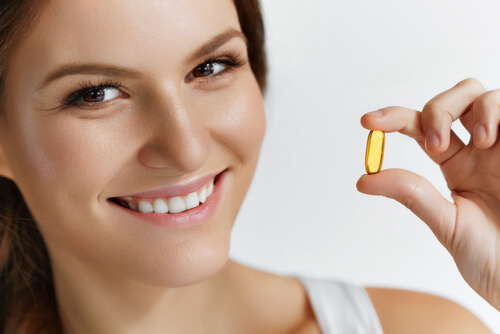 Similar to garlic which was mentioned earlier, Vitamin E is another natural blood-thinning remedy that has not been fully proven to be effective in the human body. However, it has been shown through laboratory testing to hinder the formation of blood clots in many ways. It has little effect at the low dosages in which you would get naturally, such as eating vegetable oils, nuts, and seeds, or leafy greens, but it has shown some effect in higher doses during various trials.

It is widely recommended that you do not exceed 400 IU (International Units) of Vitamin E each day. In the case of supplements, the IU contained in them should be clearly marked on the label – if it is not marked, do not consume those supplements. In any event, you should always consult with your doctor before you start taking any kind of supplements along with prescription medications, or if you have a history of blood problems.