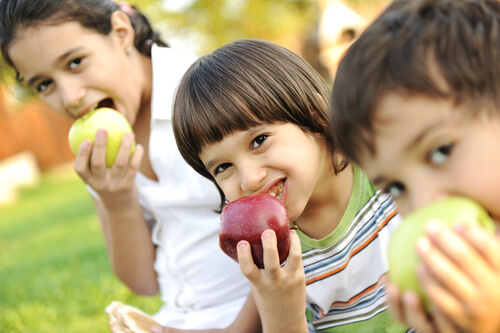 Do you feel excessively bloated, have pain in your belly, feel nauseous, or have a headache after you eat certain breads, pastas, baked goods or other foods that contain wheat, barley or rye? If so, you may have a gluten sensitivity, a wheat allergy, or celiac disease.

Gluten is the general name used to describe the proteins that are found in wheat, rye and barley. It has properties that are similar to glue, as it helps foods keep their shape. If you have ever mixed flour with water, for example, you have probably noticed that it turns into a sticky, elastic-like substance. That’s because of the gluten flour contains. Gluten also helps bread rise when it’s baked, and gives it its chewy texture.

The majority of people do not have any issues with gluten; they tolerate it just fine. However, for some people, gluten can cause issues, especially for people who are sensitive to gluten, who have celiac disease, or who are allergic to wheat.

Celiac disease is a disorder of the autoimmune system. In other words, the body sees gluten as a foreign invader, and as such, the immune system reacts by attacking it, along with the lining of the gut. As a result, when someone who has celiac disease eats gluten, the wall of the gut is damaged, which can cause serious digestive issues, nutritional deficiencies, anemia and an increased risk of different types of disease. Celiac disease is the most serious form of gluten sensitivity. People who do not have celiac disease can still experience a negative reaction to gluten, or gluten sensitivity. The cause of gluten sensitivity is unknown, however, the effects are known, which include stomach pain, bloating, fatigue and diarrhea. A wheat allergy isn’t a sensitivity to gluten, but rather an actual allergy. When wheat is consumed, the body produces an antibody to the proteins found in wheat. The side effects of a wheat allergy can be mild and similar to other types of allergies, celiac disease and gluten sensitivity; however, in severe cases, this allergy can cause dangerous, life-threatening side effects.

If you have been diagnosed with any gluten-related condition, or you just feel a little off after you eat foods that contain gluten, you’re going to want to make sure that you steer clear of any products that contain gluten. Fortunately, there are a lot of options to choose from.
Here’s a look at 18 of the most popular gluten free foods available.

Naturally gluten free, apples are an excellent food option if you have an adverse reaction to gluten. A medium apple only has about 95 calories, and it offers a wealth of valuable nutrients, including fiber, vitamin C, potassium, vitamin K, and vitamin B6. In addition to being gluten free, it’s also sodium free, which makes apples a great choice for anyone who wants to keep their health in great condition, especially those who have issues with gluten. Eat an apple right on the core for a snack, or slice one up and spread it with peanut butter (also gluten free.) 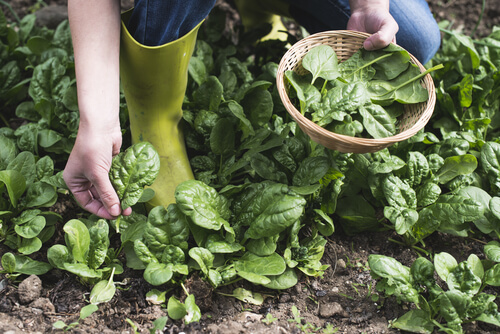 While all leafy, green vegetables are good for you, spinach is perhaps the best of them all. It’s free of gluten, which is great for those who suffer from any type of gluten-related condition. It also has minimal sodium. As for nutrients, spinach is loaded with them. Among them are vitamin K, vitamin A, manganese, folate, magnesium, iron, copper, vitamin B2, vitamin B6, vitamin E, potassium and calcium. It’s also a great source of dietary fiber. Eat it raw in a salad, steam it and enjoy as a side dish, or add it to a soup or casserole. 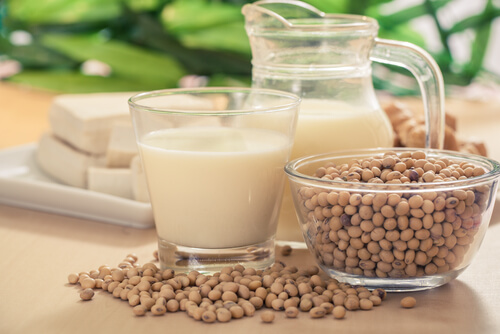 Often a staple in the vegetarian diet, soy is something that everyone should consider eating. It’s naturally gluten free, which makes it a plus for anyone who has issues with gluten. It’s also a fantastic source of protein, which is why people who don’t eat meat often eat a lot of soy. To add to the benefits, soy is also low in sodium, high in potassium and contains lots of vitamins and minerals, including vitamin A, vitamin C, iron, magnesium and vitamins B6 and B12. 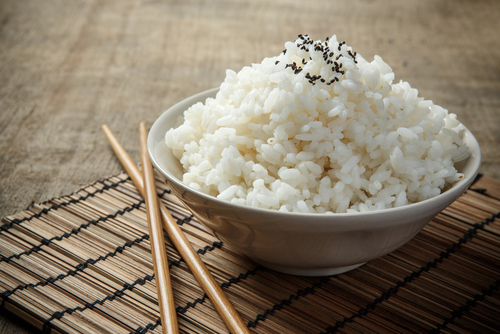 Whether it’s white, whole grain, brown, long grain, or even exotic, rice is generally considered gluten free. Though it is made of grain, it doesn’t contain the type of gluten that causes dangerous reactions in people who have gluten intolerance or a wheat allergy. Just be mindful, though, when you are shopping for rice, as you want to avoid purchasing any type that may have possibly been cross-contaminated with wheat. You can use rice in so many ways, from a side dish to the foundation of a hearty beef and broccoli, and even in soups and casseroles. Read labels before you purchase rice to ensure that it doesn’t contain any wheat byproducts. 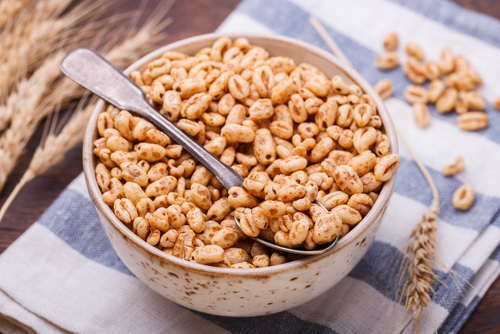 Unfortunately, a lot of cereals contain wheat, which is a problem for people who suffer from gluten intolerance, celiac disease, or a wheat allergy. However, if you suffer from any of these conditions, you can still enjoy a bowl of cereal, just make sure it’s rice-based. There are a lot of cereals on the market that substitute wheat with rice, which means you will be in the clear and won’t have to deal with any gluten-related issues. As always, make sure you read labels to ensure there aren’t any wheat additives in the cereal. 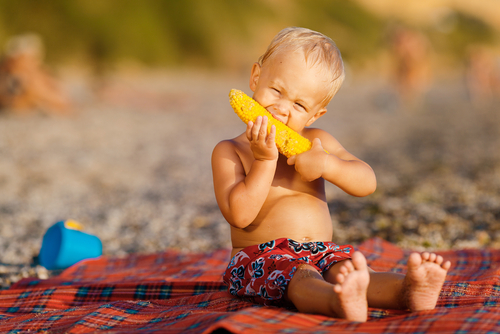 This is another grain that is naturally gluten free. It’s also an easy substitute for wheat, as corn-based flours can be used to replace wheat-based varieties. Corn on the cob, a side dish of corn, corn muffins and even corn cereals are all great options if you have an adverse reaction to gluten. You just do want to check all labels before you purchase a corn-based product, as there may be wheat products hidden inside. 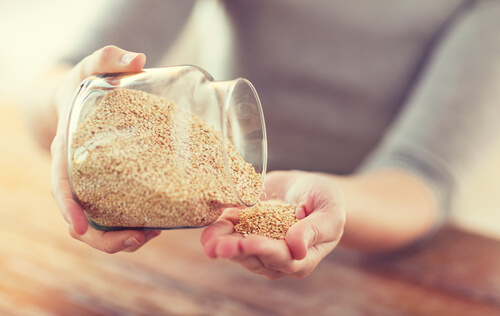 Most people confuse quinoa for a grain, but it’s actually a seed. It comes from Chenopodium quinoa, a flowering plant that originated in the Andes Mountains. It has a similar consistency as grain, which is why it is often thought of as a grain. Quinoa is cooks like rice, barley and other types of grains. It tastes great in stir fry, wraps, salads, and can even be used as a substitute for oatmeal. It’s also packed with vital nutrients, including iron, B vitamins, magnesium, phosphorous, potassium, calcium, vitamin E, fiber and all nine essential amino acids. If you have issues with gluten, you’ll definitely want to add quinoa to your diet. 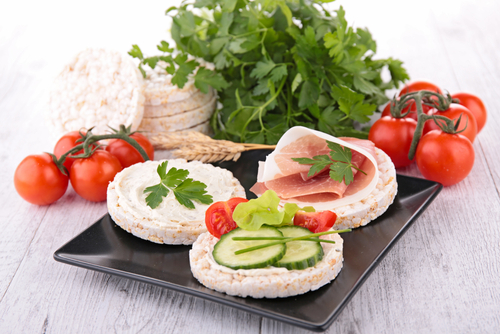 Unfortunately, most crackers are made with wheat, which is a bummer if you have a sensitivity or an allergy to the grain. There’s good news, though, as you can easily replace your crackers for rice cakes! They are just as – if not more – tasty as crackers, and they taste great with a variety of items spread over them, such as peanut butter, apple butter, and cottage cheese. There are also tons of different rice cake flavors available, including apple cinnamon and caramel! Plus, rice cakes are very low on calories. 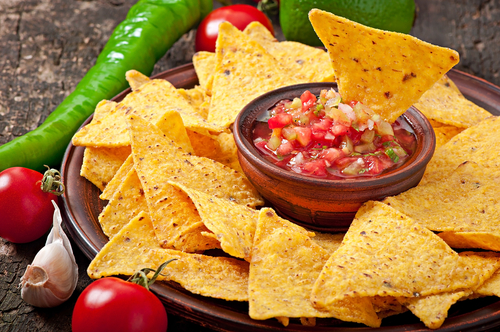 You can also substitute traditional crackers out for corn chips, as well as any other type of chip that might contain wheat. Corn chips are light, tasty and gluten free. They taste great just as they are, or they can be dipped into a variety of items, including salsa, guacamole, hummus and pretty much anything else you can think of. Also, like rice cakes, corn chips are light on calories and an overall healthier alternative to traditional crackers and chips. 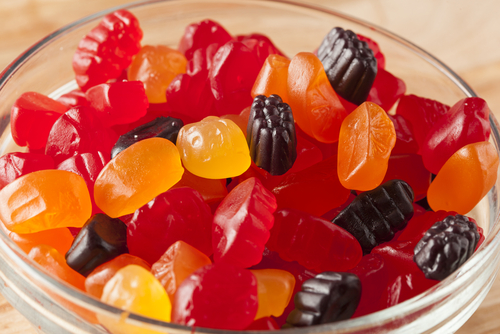 Do you have a sweet tooth, but also have gluten intolerance? If so, you’ll be happy to know that you can still resolve your craving for sweets with chewy candies. Treats like gumdrops, marshmallows, Skittles, and various other types of sweet, chewy candies are usually gluten free. Do make sure that you check labels, though, as you don’t want to end up unsuspectingly eating gluten.